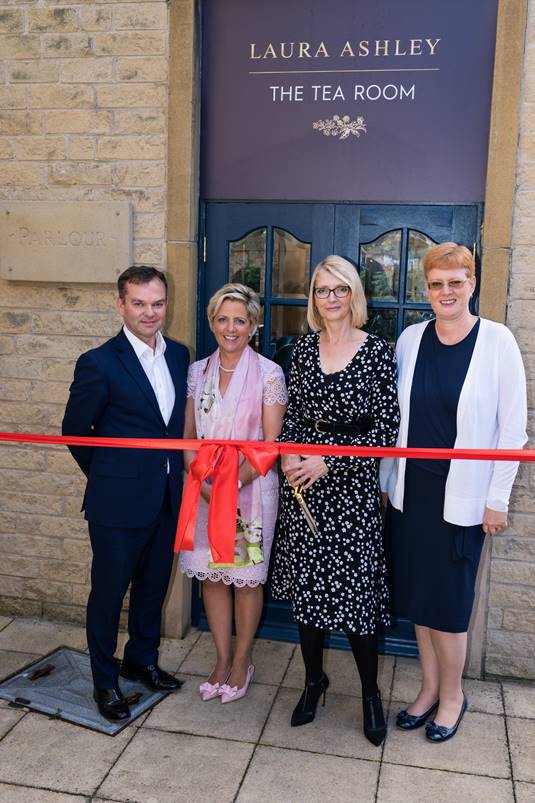 Guests were welcomed by Vine Hotels CEO Garin Davies and Suzannah Davies who oversaw the installation of the stunning new tea rooms. Present at the event was Laura Ashley designer Kay Cullen who worked with the team at Kenwood Hall Hotel & Spa to create the luxury tea room with décor synonymous with the iconic British brand.

Guests enjoyed the delicious menu including delicate finger sandwiches of  smoked salmon & dill and cream cheese & cucumber, alongside light and fluffy scones served with clotted Devonshire cream and berry jam all baked in house at Kenwood alongside the delicious teas.

The interior of the rooms has been transformed and it has brought back a  sense of romance and opulence in the distinctive Laura Ashley style with colourways of teal, gold and blush pink all combining to create a modern reinterpretation of a country manor house.

‘Laura Ashley The Tea Room sits perfectly within the stunning traditional surroundings at Kenwood Hall Hotel & Spa making the venue a real destination for people in Sheffield and beyond.  It was a delight to open the doors to our very special guests and for them to see first-hand the beautiful rooms and taste the delicious menu.” Book a table at Laura Ashley The Tea Room by calling 0114 250 5619 or email thetearoom@kenwoodhall.co.uk