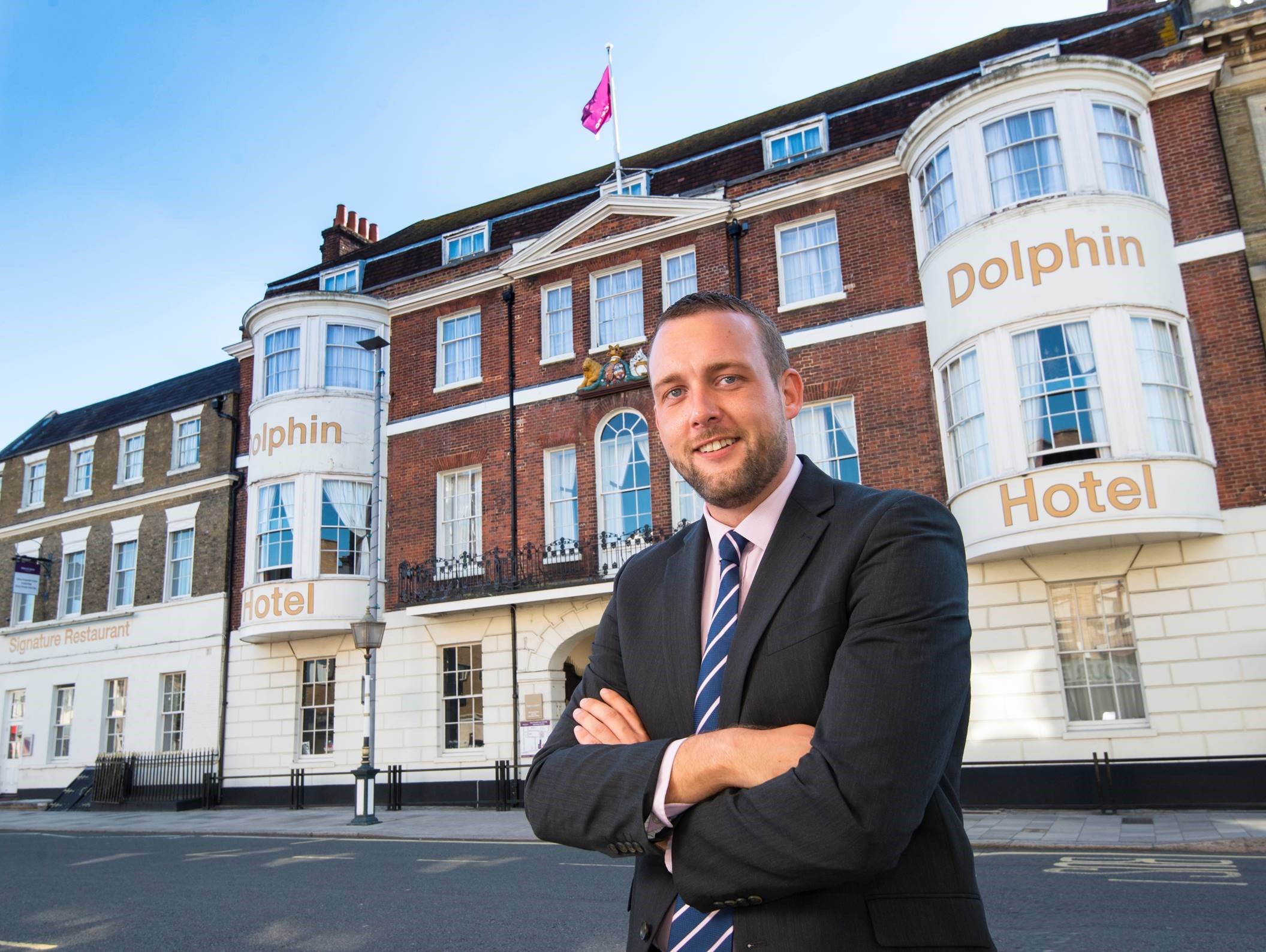 Hailing from Southampton, Dan joins the hotel with over 12 years of experience in the hospitality industry. He started his career aged 15 years with work experience for two weeks in a local hotel. This was his light-bulb moment, and from here he decided that his future lay in the hotel sector. Dan worked his way up the ladder, starting as a day porter at the same hotel, and his skills and talent were quickly spotted. He shortly after graduated from the company’s Management Training programme. He then went onto to the position of general manager at the Langrish House Hotel in Petersfield, Hampshire.

Dan has also worked as a general manager and operations manager for various hospitality groups and hotels right around the UK, including Surya Hotels, Whitbread, Marco Pierre White and Daniel Thwaites.

Commenting on his appointment Dan Wilson said: “The Dolphin Hotel holds a special place in the heart of Southampton and it really was a boyhood dream to work here. The quality of the team and the service and facilities is second to none, and I’m delighted that I have been appointed to manage such an iconic hotel and look forward to taking the Hotel forwards.”

Garin Davies, chief executive of hotel owners Vine Hotels, added: “Dan brings with him a wealth of experience of managing hotels around the UK and it was a real coup that we were able to appoint him. As the Hotel looks to the future and goes from strength to strength, it’s important that we have the strongest team possible at the helm. Dan’s skill base will ensure our fantastic service and facilities continue to flourish.”

The Mercure Southampton Centre Dolphin is in the heart of the city and is the oldest hotel in Southampton, dating back over 500 years. The Grade II listed building hosted Jane Austen’s 18th birthday party and has played an important role in the city’s history. It has undergone an extensive refurbishment that has blended modern convenience and comfort, whilst staying true to the hotel’s history and traditional appeal.